Going forward, I’m not going to make a load of promises I won’t keep. Thanks to all my friends, family, colleagues, competitors, enemies, bureaucrats, pencil-pushers, and random-folk who made my year what it was.

I plan on only two things;  KISS, and… 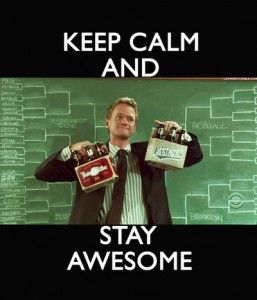