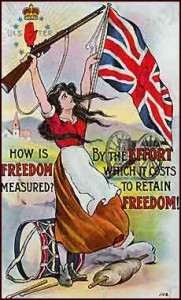 Northern Ireland, its history, and its current situation, are a guaranteed topic of conversation to any self-identifying Northern Irishman, especially one travelling around Europe. As I am neither a historian, a bigot, or particularly political, I don’t know a whole pile of detail, so my explanations become rambling personal perspectives which I generally suspect make things less-clear; otherwise I dumb it down so much that the point is kinda mixed, usually ending something like ‘its weird; its British, but we get to be Irish too, except without being quite so broke’.

On the site where I do most of my work, I came across an interesting thread that explains it better than I ever could.

Well, it’s a long and wearing history going all the way back to the English invasion of Ireland in the 12th century by Henry II to provide land for his late-born and last son John (of Prince John in Robin Hood fame and later King John and the Magna Carta fame.)

So to sum up about a thousand years of history, England made Ireland a colony and treated the Irish like shit. Ireland was Catholic and England became Protestant. Fast forward to the twentieth century and the Catholic Irish are chafing at the bit after 800 years of oppression while the Protestant British (and converted Anglicanized Irish) love England. The majority of Ireland rebels not once, but twice finally achieving their freedom. Although the British in giving Ireland freedom retain their control over the northern six counties making up North Ireland. These northern six counties have more Protestants than Catholics and they “voted” to remain English. Yet, the six counties still have a sizable Catholic minority.

So, fifty years of ethnic and religious tensions gradually escalating until you have Protestant Unionist and Catholic Republican gangs and paramilitaries attacking each other and blowing the shit out of each other. The British refused to acknowledge the Northern Irish prisoners were political prisoners and so treated them horribly.

As for the IRA, they helped Ireland win their independence, were caught up in the Irish civil war (which was between Irish who wanted all of Ireland and Irish who accepted the treaty with England,) and had complicated ties with Northern Irish freedom fighters/paramilitaries even after they were supposedly disbanded. The IRA is very complicated because you have a bunch of groups claiming the title of IRA.

If you want to read a good fictionalized account of the whole thing I recommend Morgan Llywellyn’s series “The Irish Century.” But, be warned. It’s 5 books. Still, it’s a good story and about the only way to really get your mind around the insanely complicated plot of 1,000 years.

As a small adjoinder, I feel that this comment/correction is also appropriate.

“until you have Protestant Unionist and Catholic Republican gangs and paramilitaries attacking each other and blowing the shit out of each other.”

Disagree with this… the Republican gangs mainly focused on attacking police and army personnel (with the occasional civilian ‘mistake’ tossed in for good measure. These mistakes ranged from single people to bomb and gun attacks on hotels etc were many were killed and injured.)

The Loyalist gangs sprang up to ‘protect’ their areas from IRA attacks. Much of this protection involved attacking innocent Catholics who wandered into the wrong areas and got picked off, or blowing up Catholic pubs and bars.

So I hope that clears things up for everyone. If anyone else also does ‘work’ on that site, please deliver generous upboats to these fine gentlemen.

I am not pretending that this is the definitive, ultimately perfect statement of affairs; its just going to be a hell of alot easier to send people here to get ‘the gist’ of things than me incorrectly or unfairly stating the complex, subjective issues.