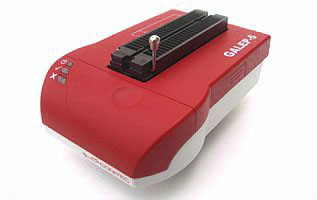 As part of my placement in Zurich, I’ve been doing some BIOS level development around the Coreboot project, working with Flashrom and other tools, but with a particular AMD Fusion (MSI E350IA-E45) Mobo, there was no sensible way to flash the BIOS or to add a ‘vestigial’ BIOS.

So, the solution arrived at was to ‘acquire’ a Galep-5 Universal Programmer (Not a cheap piece of kit, but apparently that’s the kind of stuff they have lying around in Zurich). Anyway, long story short, went to the Galep website, downloaded the .run file, installed, all perfect and happy days. Except it was in German. (Even though it says its ‘English only’)

My German is only slightly better than my Martian, so I had no idea what was going on, but a quick look in the /opt/galepx directory showed a mdma.settings file. In there there’s an XML section like this

Simple enough, change the de to en and welcome back to the anglophile world!